I just bought this new book. It's been a while since I last read anything other than my university books, mags and blogs and forums on the net. I feel I'm getting a bit rusty with reading and writing mind you, so bear with me if you please :)

So, first time I heard about this book was when I got myself a copy of EDGE magazine (I think it was Edge, since it has book reviews in it as well). I was intrigued to read of a new book concerning magic and the occult. I've been a huge fan of J.K.Rowling's Harry Potter books (can't wait for the final book in the series to be released), so imagine my surprise when I caught a glimpse of this peculiar title.

Jonathan Strange & Mr Norrell... Hmmm... Call me stupid but at first I thought it was like a pen-name for a writer. But then I saw the name Susanna Clarke on the cover as well. The story goes as follows (taken from the back cover of the book) : 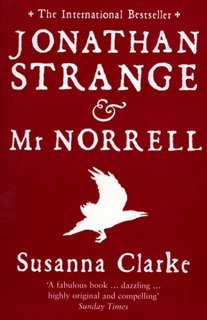 "The year is 1806. England is beleaguered by the long war with Napoleon, and centuries have passed since practical magicians faded into the nation's past. But scholars of this glorious history discover that one remains: the reclusive Mr Norrell, whose displays of magic send a thrill through the country. Proceeding to London, he raises a beautiful woman from the dead and summons an army of ghostly ships to terrify the French. Yet the cautious, fussy Norrell is challenged by the emergence of another magician: the brilliant novice Jonathan Strange. Young, handsome and daring, Strange is the very antithesis of Norrell. So begins a dangerous battle between these two great men which overwhelms that between England and France. And their own obsessions and secret dabblings with the dark arts are going to cause more trouble than they can imagine."

Wow! Revivals, death armies, magical clashes! What more could I ask for? On the other hand, I was never keen of the era of the AngloFrench war.

A whopping 1006 pages, the book has received international critical acclaim and been shortlisted for the Whitebread First Novel Award and Guardian First Book Award.

I'm still wondering if I'll be able to finish it. These last few years I've only been able to read cover to cover a limited number of books. Due to lack of time mainly. But I'm sure I'll find it amusing to say the very least.
Posted by oni at 4:16 PM 1 comment:

Got the idea of starting a blog once more by a friend from uni.

Chris, there are no flying airplanes in this blog. Sorry :P

Here's a pic of one taking off though!

Memory can change the shape of a room; it can change the color of a car. And memories can be distorted. They're just an interpretation, they're not a record, and they're irrelevant if you have the facts. - Leonard Shelby

Our hearts are full of memories - but not all of them reflect the truth. The heart isn't a recording device. Even important memories change with time. They warp or fade, leaving us with but a shadow of what we hoped to remember. - Dr.Finkelstein

on the PC screen 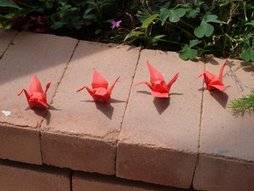 This work by http://gtonizuka.blogspot.com/ is licensed under a Creative Commons Attribution-Non-Commercial-No Derivative Works 3.0 Greece License.

The music posted on this blog is for promotional purposes only. If, for any reason, an artist or his/her company wants me to remove the link, please contact me and I will do so immediately. All of the tracks must be erased from your PC after listening to them. You should always support the artists by buying their music from an online music store.